Pittsburgh - Home of the Black and Gold

Have you noticed that all three of Pittsburgh's major sports teams use the Black & Gold color scheme?  I was thinking about that after my last post explaining why I am a Steelers fan.  I think it is pretty cool that they use the same colors and it subconsciously ties Pittsburgh sports fandom together.

The Black & Gold coloring comes from the Pittsburgh city flag, which has an interesting origin story as well. 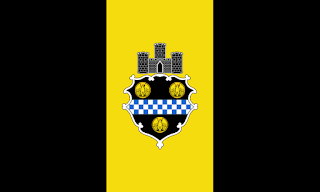 The story behind the Steelers logo and the three hypocycloids is pretty cool too.