Today in RUSH History: A Show Of Hands was released 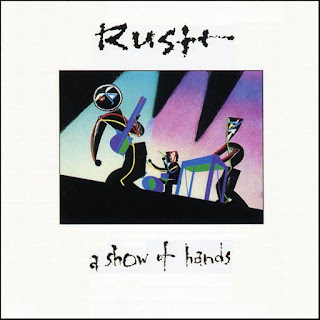 The album peaked at #21 on the Billboard 200 Charts and was certified gold (500k+ units) by the RIAA on March 9, 1989.  It followed the usual Rush pattern of releasing a live album after 4 studio albums.  The majority of the performances on this album were from 1988's Hold Your Fire tour except for Witch Hunt, which was taken from a 1986 Power Windows tour show.

I love this live album. I thought All The World's A Stage was a bit too raw with some sound issues and Exit Stage Left was way too 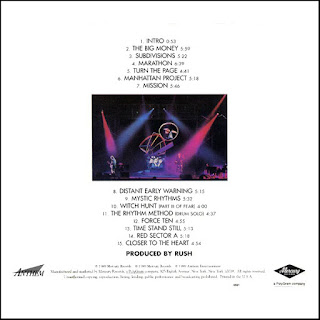 polished with the crowd barely audible. Rush did it right with A Show Of Hands.


Listen to the Album here

Excerpt from rush.com:
The band released a video of the same name, originally released on VHS and laserdisc, the same year. DVD versions were later released in 2006 and 2007.

It was during this era that Jim Burgess of Saved By Technology convinced Geddy that the complexities of a Rush studio recording could be recreated live. Offstage, someone set up the samples for the songs, but Geddy would trigger them himself:


“It’s very important for me to do that, and not someone else. It’s a fine line, but I still have to be in the right place at the right time. If I hit a sequencer late, it’s my fault. That way, I’m still in control, and my organization and rhythm have to be impeccable.” – Geddy Lee, 1989

CD technology was also front-of-mind for the band during the time of this release. The double LP fit on a single CD, filling all but 12 seconds of the 74-minute physical restriction.