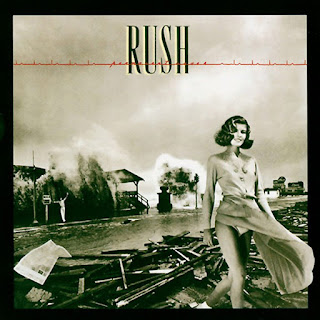 This was the album where the band started to move into a tighter direction - away from the single-side epics.  Geddy's use of synthesizers continued to slowly build, but the two hit songs from this album are hard rocking guitar anthems - The Spirit of Radio and Freewill. 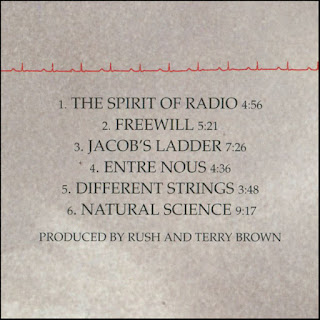 While a 6-song / 35 minute album these days would be considered an EP, keep in mind this album followed up the 4-song Hemispheres!

This was probably the 4th Rush album I got.  For a while I had The Spirit of Radio as my alarm in the morning - what an awesome song to wake up to!  The chorus to Freewill is damn good (Peart was definitely hitting his stride), I especially love  the suggestion that not making a choice is still making a choice:

Listen To The Album Here


Excerpt from Rush.com:
Permanent Waves was recorded at Le Studio, Morin Heights, Quebec, and mixed at Trident Studios in London. The tracks were laid down just shy of four weeks, in part attributed to the idyllic working conditions of Morin Heights.

The album marks a transition from long, conceptual pieces, into a more accessible, radio-friendly style. “The Spirit Of Radio” is one of the most commercial songs Rush has ever produced, containing several different musical elements, even a touch of reggae. At the time, Alex recalled:


“We’ve always played around with reggae in the studio and we used to do a reggae intro to Working Man onstage, so when it came to doing Spirit Of Radio we just thought we’d do the reggae bit to make us smile and have a little fun.”

The waving man in the background of the album cover is actually Hugh Syme, the band’s long time design collaborator.